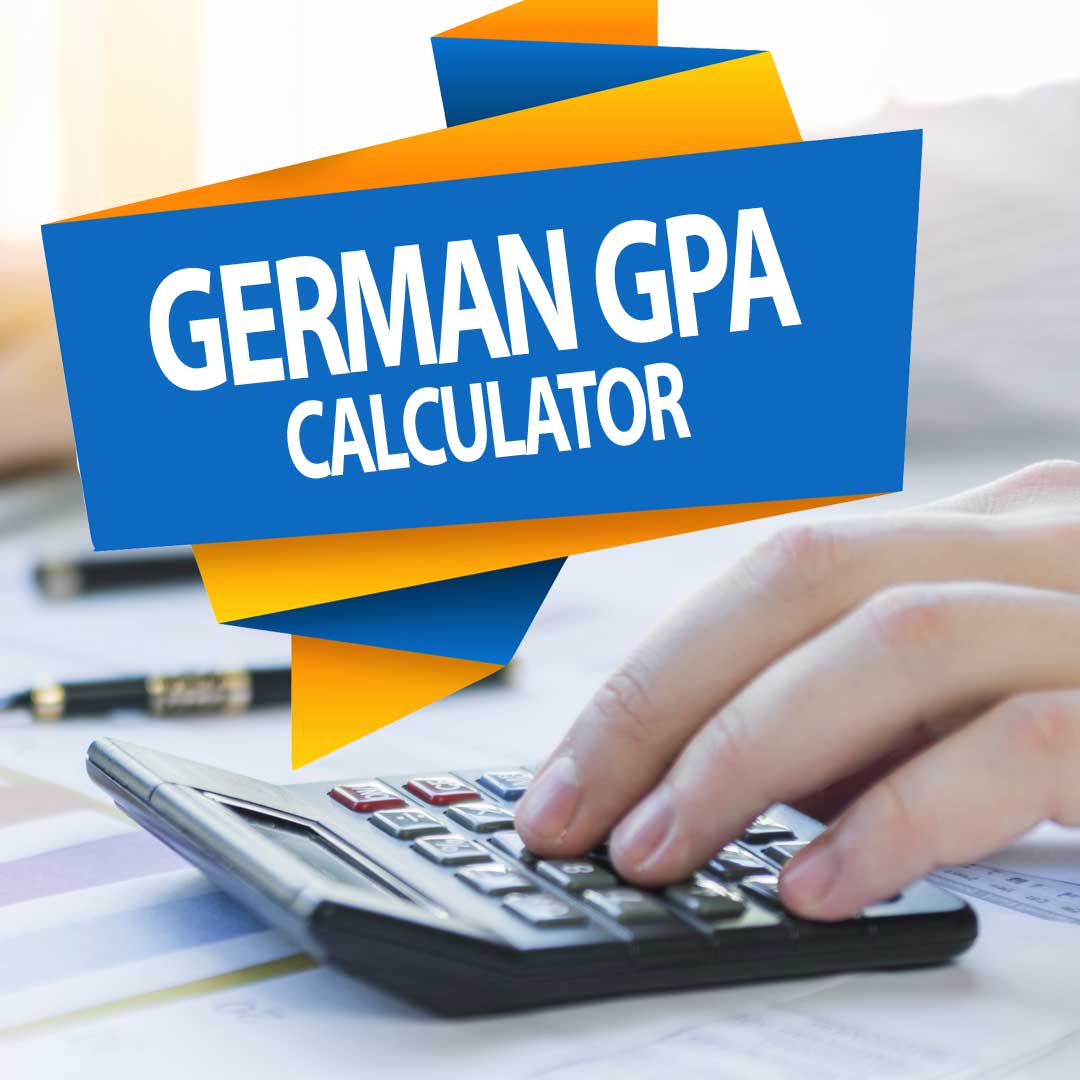 German GPA Calculator – How to Convert CGPA in to GPA/Indian Percentage…?

German GPA Calculator: Germany has become one of the top Destination Country for Higher Education for International students because of the main reason that Most of the Universities in Germany offer Free Education as they are Government funded. So students from various Universities in India are interested in doing their Bachelors or Master degrees in Germany.

Once students decided to pursue their higher Education in Germany first step is to apply to the Universities with their previous education Background which would lead them to do particular degree. And also it is Important to know that not all the Universities follow same Application procedure, each of them will have their own way of taking applications from students abroad sometimes through their own Application portals(Online) or just Courier documents or through UniAssist.

Depending on the intended course and Universities students have to prepare themselves with all required documents, Application Fee if any, Notary Service, Embassy Attestation, Courier Service many more depending upon the individual Universities Application procedure. Once they are ready with documentation part they can easily start with Application process.

Once they start applying to Universities the most difficult thing they face is that converting their Indian Grades into German Grades (GPA) according to the German Grading System as most of the Universities in Germany ask us to convert our Indian Grades in to German GPA while application filling. And they don’t even accept CGPA or Percentage or any other Grading systems for that matter. At this stage many students confuse themselves for converting their Grades in to German Grading system. 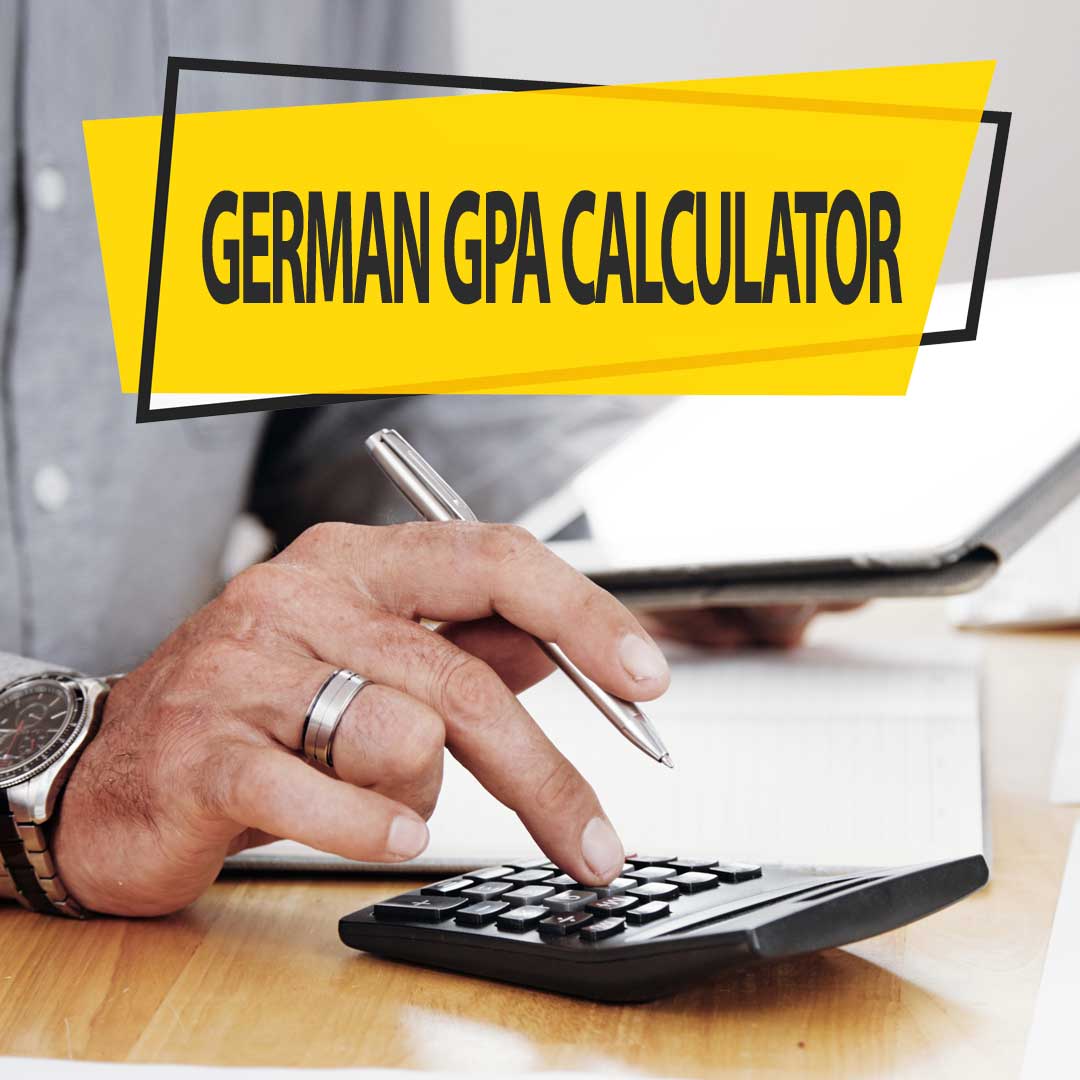 Here we are giving brief Information about the differences between the Indian Grading Systems and German Grading System(GPA) and how to convert your Grades in to GPA in a easy way.

In India many Universities and Colleges Rank their students in either Percentage of Marks(1-100) or 10 point scale (1-10) known as CGPA(Cumulative GPA) and still some state boards  use Letter Grades (O-F) and Divisions scale  in Pre University  and Secondary Educations. 10 Point Scale or CGPA is the most commonly used Grading Rule in most of the Indian Universities like IITs,NITs, Engineering Colleges and Autonomous Universities includes University of Mumbai, Pune University, University of Delhi, Visvesvaraya Technological University Karnataka, Anna University Tamil Nadu Etc…and each of them have set their own Minimum passing grades for Bachelors and Master Degrees vary from 40 to 50 or 4 to 5 in case of 10 point scale.

The German Grading system is quite different than Indian Grading system as well as UK/USA CGPA system. The Schools in Germany use 6 point Grading scale where 1 is the highest and 6 is the least or Failing grade. On the other hand Universities in Germany or University of Applied Sciences use 1 to 5 Scale where 1 is the highest 5 is the lowest and Minimum passing Grade is 4. So Universities in Germany assess International Qualifications on 1 to 4 Grading scale as 4 is the minimum passing grade. 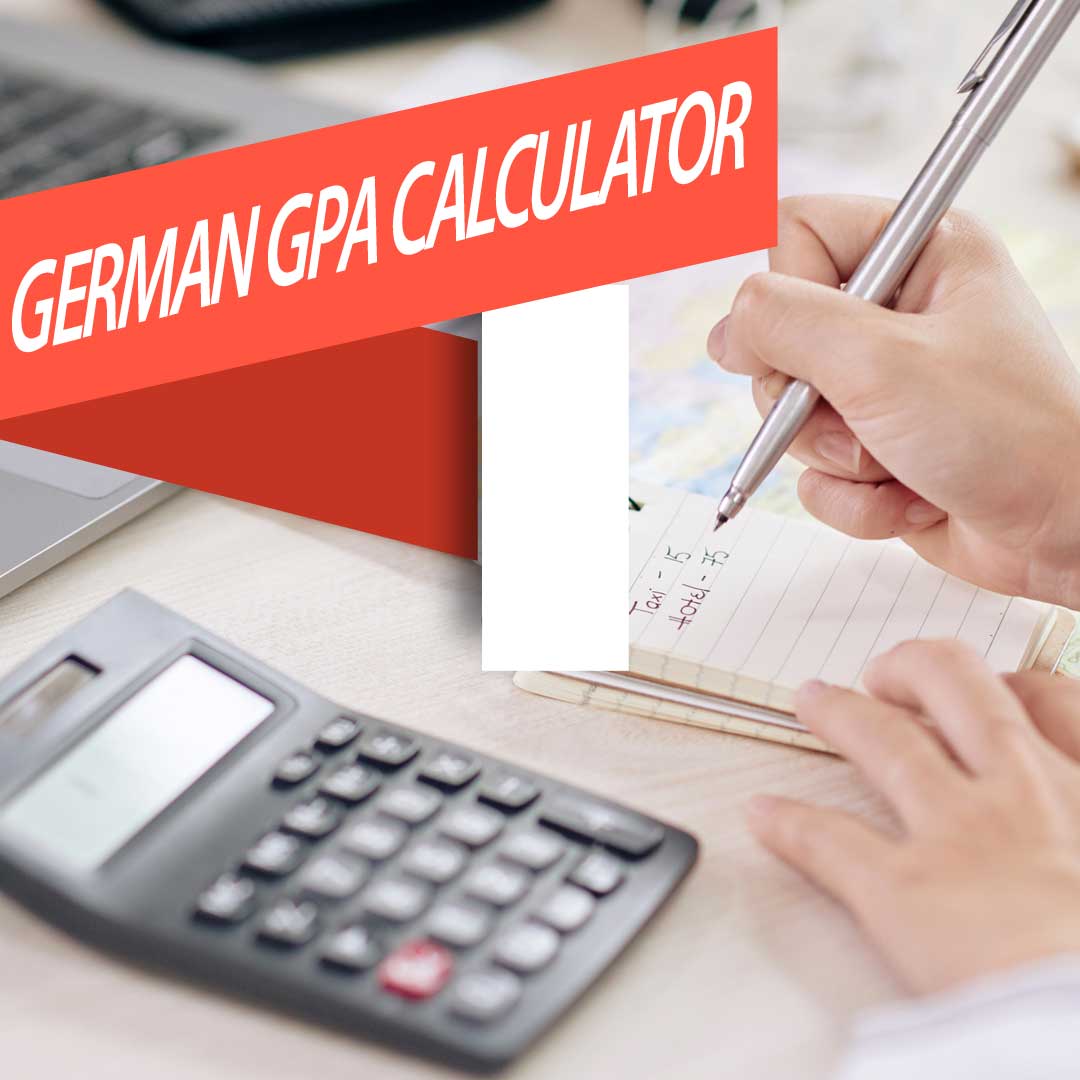 (Note : In the above table Minimum passing grade is considered as 4 by taking average Min passing Marks from Indian Universities) 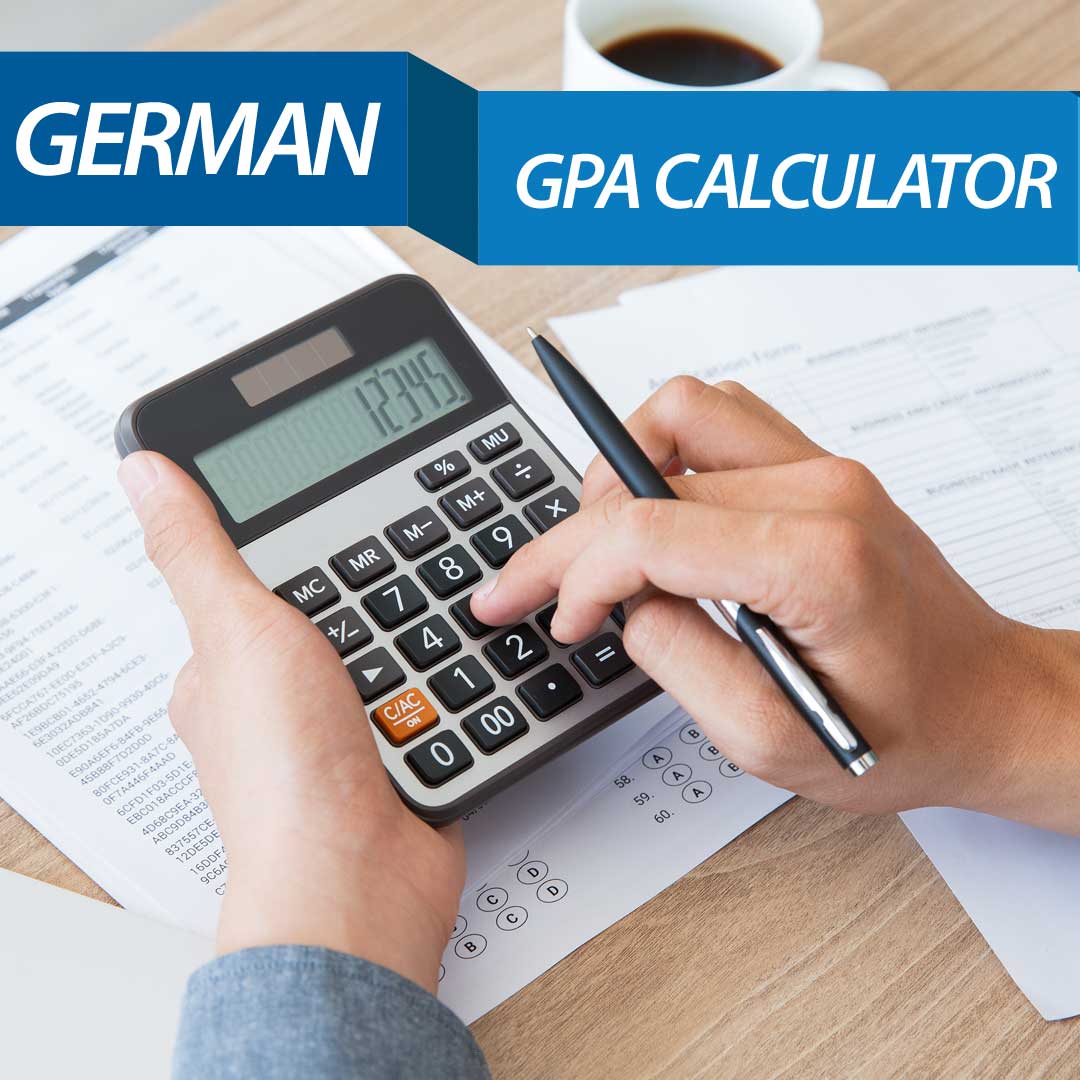 There are many Grade conversion methods that can be used to convert your grades in to German GPA. One of the Method used by most of the Universities including Uni-Assist is by using “Modified Bavarian Formula” which is represented as;

Nd – Your overall Obtained Grade in your Grading System

Use our Grade Converter tool to convert your Grades into German GPA.

Maximum Possible Grades that can be achieved in your Grading System 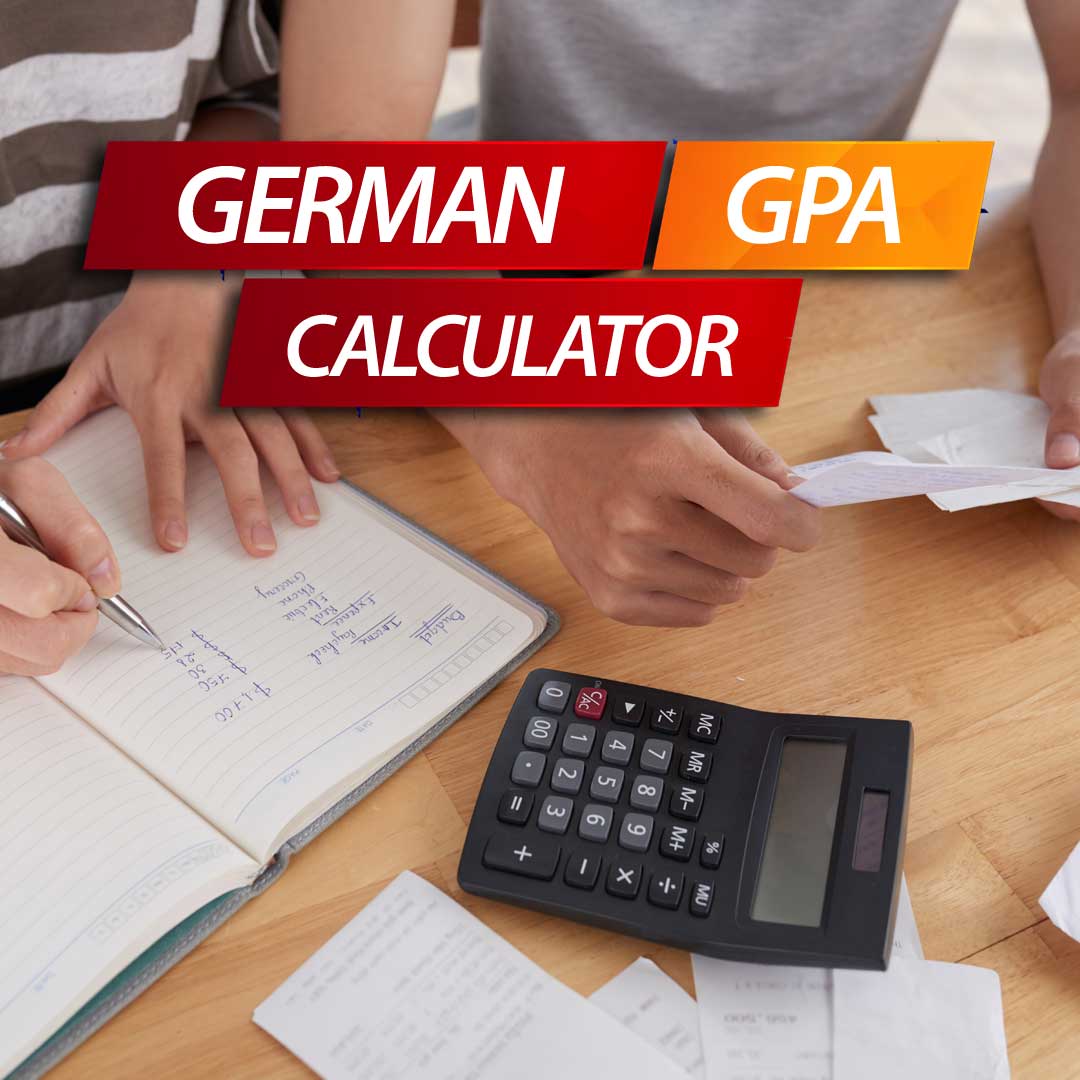 Study in Germany: Some Valuable Info