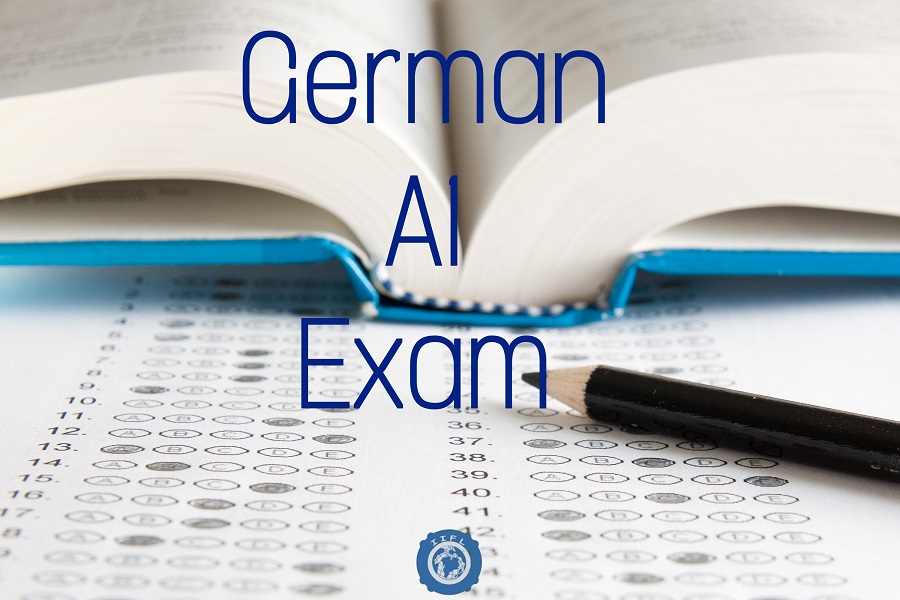 What is German Language proficiency test?

What is the purpose of taking German language proficiency test in INDIA?

Is it mandatory to take German proficiency exam soon after learning German language?

In general, people take German language proficiency exams in India for a variety of reasons, such as admission to German universities, employment, or meeting certain German visa requirements. However, it is not always necessary for everyone to take the test unless it is mandated. For example, some people may learn German simply to be involved in something or as a hobby, and some universities or employers in Germany may not require any German language certification, so people may choose to learn simply to survive in Germany or to be able to manage basic conversations with peers, friends, and work clients, etc. So one thing is clear having a German language certification is not mandatory or not always necessary, it is up to the individual’s interest and purpose.

Just saying I know German will definitely have less impact than being certified, when you learn something and get certified in the same will make you feel it is worth it and you feel confident about it. So there need not be a strong reason always to take up the German Language proficiency test.

Benefits of taking up German Language proficiency tests are:

What are the German Language proficiency exams available in India and Abroad?

These are some most popular German language proficiency exams available in India and abroad;

These are the German language exams that are commonly accepted worldwide, each exam has its own exam format and fee structure and is conducted by different Institutes or Examination centers. After successfully passing these exams respective institutes will provide you with the official certificate which can be used for various purposes.

It is conducted for each level of the German Language from A1 to C2 as per the CEFR standards.

This exam is conducted by Goethe-Institut or Max Mueller Bhavan across 6 centers in major cities such as Bangalore, Chennai, Kolkata, Mumbai, New Delhi and Pune. Also in partnership with Goethe-Zentrum, they also conduct exams in Ahmedabad, Coimbatore.

“TesTDaF” exam is accepted by most of the German universities for your Bachelor’s or Master’s degree admission. This certificate is valid lifetime and there is no expiry for it and you can take this German language exam as many times you want without any limit.

Basically, this exam tests your Listening, reading, Comprehension, Written production and Oral production skills. It is necessary to clear each skill with minimum passing credentials. And fee for this exam is 85 Euros in Indian Rupees it will be Approx.8,500/-. Results are announced after 6 weeks from the date of your exam.

TELC GmbH is conducted by the Federal Government of Germany in association with European Language certificates and it evaluates German skills of students.

The TELC exam evaluates the skills of individuals in 11 European languages with 80 different certificates provided.

This is also a similar kind of German language exam like  ӦSD which evaluates the German language skills of people across Austria and is also used to evaluate the German Language proficiency level of immigrants. This was introduced in 1960. An exciting thing is that the Austrian Integration Fund(OIF) will refund 50% of the course fee of students who have successfully passed the exam.

What is German A1 exam?

German A1 level exam measures the German Language skill of an individual corresponding to A1 Level as per the CEFR standards. People who pass German A1 exam are considered to be able to manage a basic conversation in German.

In India, Goethe Zertifikat is the most commonly chosen German language exam as it is recognized by the Federal Government of Germany and accepted by all German universities. So you can choose Goethe Institute to take up your German A1 exam in India, but still, there are many exams like TestDaF, DSH, TELC, etc. You have the complete freedom to choose the one which suits best for your situation.

How German A1 exam is conducted? How is the Goethe German A1 Exam Pattern?

In each section, students are given or asked to do a set of tasks or exercises based on which their skills will be evaluated.

Skills will be measured out of 60 points (15 points for each module) in which the candidate has to score minimum 36 points i.e. a minimum of 60% to pass the exam.

What are the eligibility criteria for German A1 exam?

You may still have some questions, we have answered them below in FAQs;

What is the passing mark for German A1 exam?

A student has to score a minimum of 60% to pass the Goethe German A1 exam.

What is the validity of Goethe German A1 certificate?

This certificate comes with lifetime validity.

How much does the German A1 exam cost in India?

Is it easy to pass the Goethe German A1 Exam?

It depends on the individual’s proficiency level, but Goethe German A1 exam format is very simple without too much complexity. If you have done the German A1 course from a recognized training institute like the Indian Institute of Foreign Languages who follow the standard syllabus and training methodology as per the CEFR standards, definitely you can crack the German A1 exam very easily.

Are there any tricks to pass the Goethe German A1 exam?

Take the German A1 course from an Institute which follows the standard syllabus and course materials and practice your German on daily basis and solve as many Model test papers as you can which are available on Goethe’s website, these will prepare you enough for the German A1 exam.