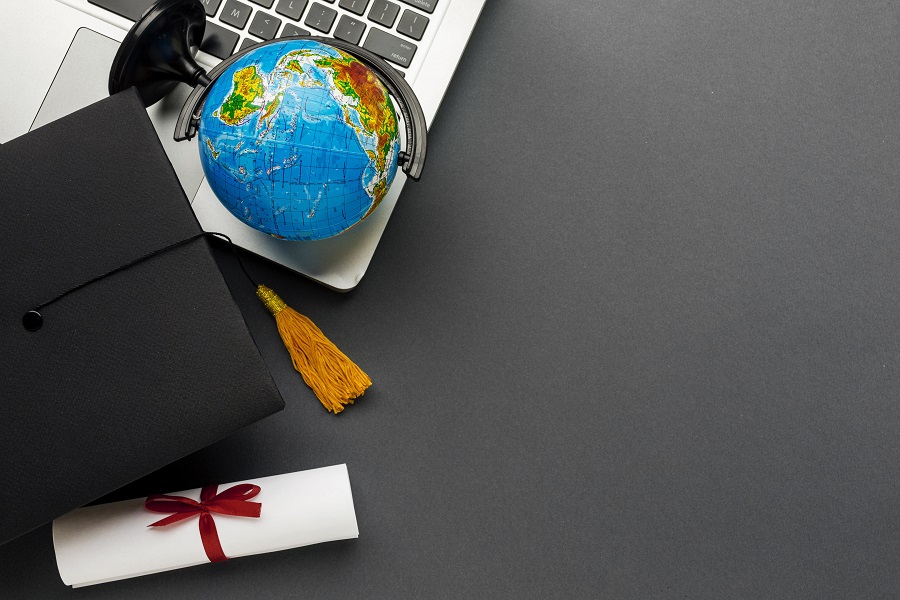 No doubt English is a popular language in India. It is the second-most spoken language in the country. Did you know that 129 million (10.9%) people in India identify English as their first language, while 83 million call it as their second language? So boost your career with foreign language skills.

However, in some countries like Japan, English is not that popular as people mostly speak the local languages. With globalization at its peak, there has been a rising demand in the job market for individuals who are fluent in multiple foreign languages.

Here are some foreign languages that can certainly help advance in your career:

French is one of the most widely spoken languages in the world. It solves the language barrier problem in many European countries that are hubs for many businesses. In order to be labeled ‘proficient’, one must master six levels in French. French language skill helps us move to new places and it’s very helpful while traveling to foreign countries. There are various courses to learn French online.

Learning German can definitely boost career prospects as Germany is one of the economic powerhouses of the world, offering a plethora of job opportunities across industries. There are six levels in German as well, and one needs to pass those in order to become an expert. German is comparatively tougher than other foreign languages to learn but we have easier methods learn German online, starting with pronunciations.

Another very popular language in terms of boosting careers, Spanish, is spoken in about 20 countries across the globe. With growing business relations between India and Spain, one can imagine the benefits of learning Spanish. Mastering six levels in Spanish can make the individual as fluent as a Spaniard.

Japanese is probably the most interesting one on the list. With little competition in the job market, there is vast scope if one decides to learn Japanese as very few people choose this language. There are five levels in Japanese, with N1 being considered the most difficult level and N5 as the easiest level.

Mastering these foreign languages can present an individual with a range of well-paying jobs, Some of which are:

Simply put, a translator will be responsible for converting words, thoughts, and intent into another language. Depending on the organization, it can be done from the office or from the comfort of one’s home.

Interpreters are different from translators; they act as a link between two people who speak different languages. Interpretation deals with spoken language in real-time, whereas translation deals with written content. Interpreters are primarily found in public events like pressers, international conferences, sports events, media houses, tourist centers etc. There’s vast scope in being an interpreter with demand growing at a fast pace.

Individuals who can speak foreign languages can land themselves various jobs in embassies. They can work as call attendants, front desk, IT support officers, and customer executives, just to name a few. Embassies pay handsomely to professionals who are fluent in their languages. Depending on the role and experience, one can get a lucrative offer.

The United Nations (UN) is the largest international organization with many agencies operating in different nations. The UN is always on the lookout for people who can speak a foreign language. WHO, UNICEF, UNESCO, ILO, WTO, and many more pay a good amount of money to these employees so what are waiting for boost your career with foreign languages.

Language Trainer/teacher in a Corporate Environment

Companies are always looking for trainers who could help their employees learn a foreign language in order to expand their business overseas.

Whether it’s to boost your career with foreign languages or just for personal growth, learning a foreign language always bodes well no matter how one looks at it. Learning a new language is also beneficial to increases ones brains capacity.

A1 Level German – What to expect and what you will learn?