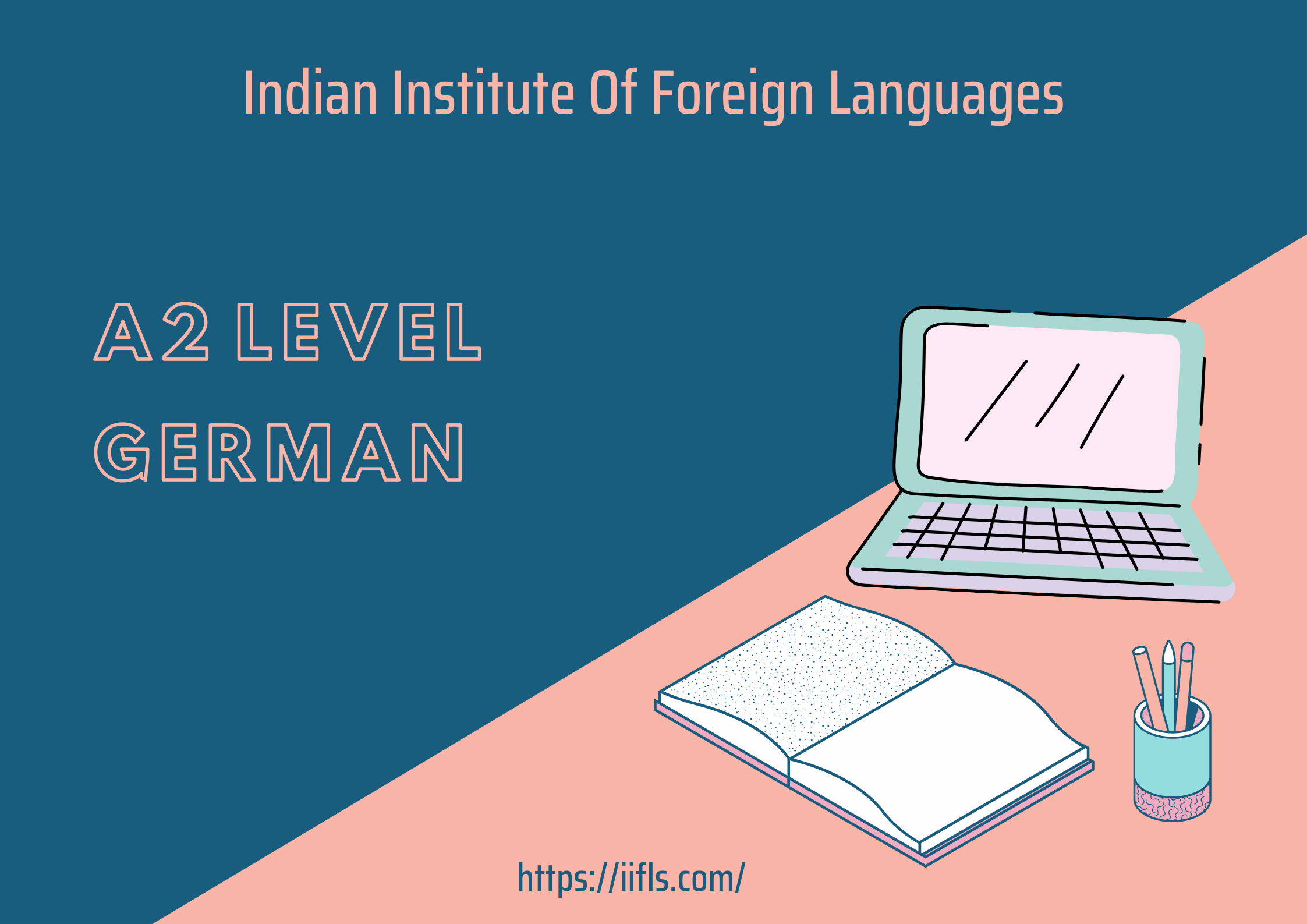 A2 level German corresponds to the second level of German language learning based on the six-level scale of proficiency laid down in the Common European Framework of Reference for Languages (CEFR). It requires elementary language skills.

In the Indian Institute of Foreign Languages (IIFLS), the A2 level German is further divided into – A2.1 & A2.2, in order to lay a solid foundation for the levels above.

At this level, you can talk about basic topics and express your needs – like when you are buying something. You will be able to:

As for the A2 level German course itself, let’s take a look at some of the things you will learn, just to give you a gist.

The German months too, are all masculine gender (der). Here are the months:

Like any other language, German also contains some false friends — words that look very similar to English but have different meanings. As we take a look at a few False Friends, you will realize that you should treat any new German word carefully, especially if it looks like an English word.

Here are some examples:

You will also learn about Kissing cousins in A2 level German. Kissing cousins are words that are spelled slightly differently (almost the same actually) in German as in English, and have the same meaning. Here are some examples:

Some spelling conventions in German you need to know:

Friendly allies are spelled the same way and have the same meaning in German and in English. Some examples include:

A2 level German also teaches you how to express your opinion, whether you agree, disagree, or are indifferent towards something.

Some Important Words in that regard:

Not Taking a Stance:

A1 and A2 level German are closely related and you may find many similarities between them. Apart from the things mentioned above, you will also gain a good understanding of nouns, verbs, sentence constructions, adjective endings, and prepositions, among other things at this level.

Spanish – One Of The Best Foreign Language